To Sag or Not to Sag?

If you had worn more underwear in the ‘70’s could you be wearing less now? 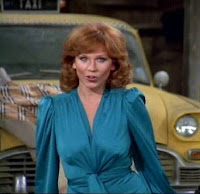 Ok, so in the ‘70’s I wore a bra. The summer between sixth and seventh grade I skipped right over training bra and went right into the major leagues, but a lot of gals in that decade shunned the matronly restraint of a pointy cupped brassiere and went for the au natural look.
And so I ask; would those of us of a certain age and girth need the high tech gravity correcting, shape shifting feats of engineering that are today’s bras, if we’d have kept our boobies under wraps back in the day?
Or would old man time have taken his toll regardless? Speaking of old men; would the same question hold true for them? Would having spent their high and tight years in jock straps have helped them to avoid the one hung low eventuality that befalls our grey templed counterparts? Hard to say. (No pun intended.)
I only know this; these days I have so much underwear it has two major categories: reduction and enhancement.
Reduction: Girdles, (Spanks are for sissys), control top panty hose, (thank God we are allowed to wear hose again, spray tan can only do so much.) Thigh trimmers, corsets and arm stockings. (Currently only being worn by the chubby celebs on Dancing With the Stars.

Enhancement: Bras that head ‘em up and move ‘em out; demi cups that form soft mounds that peek out the top, (never to be confused with a muffin top, so not the same,) and full blown boob manipulation systems that can make your A’s into bigger D’s than you got in high school.

Also in the enhancement category; butt pads. Not just for that KardASShian derriere, but to smooth out the peaks and valleys that dimple an over the hill back side.
Not an under garment, but still in the enhancement category: lip plumping gloss. With an optimum lip plumping window of two hours and not, according to the FDA, to be applied more than twice a day or in direct sunlight, this beauty product does serve its purpose.
So, underwear then versus underwear now; who knows? Suffice it to say, regardless of your panty situation, if you’re like me you find it exceptionally difficult to put your false eyelashes on while wearing your reading glasses.