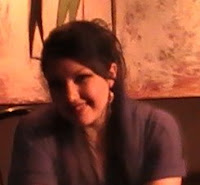 “Damn it Kermit you made me cry twice.”

That’s what I said to Jane as she was signing my copy of her new album, “the lovers, the dreamers, and me”. I truly meant it as a compliment, but in the light of day, I can see why she might not have thought it was that funny.

Her new CD includes a cover of “Rainbow Connection” (Kermit… get it?”) and when she ended up her opening night at the Jazz Alley last Tuesday by singing it and then going straight into Somewhere Over the Rainbow, I could barely hold back the tears. Yes I am a sentimental ole gal, but Jane’s voice would move you if you were made of stone and she was singing the phone book. And it wasn’t the wine either, because her opening number got me too.

We were seated about ten feet from Jane and her wonderful band, which includes her husband on drums, as they performed. And while we weren’t familiar yet with the songs from the new album, we enjoyed every number and were also treated to some tunes that did not make it onto the disc. Jane used an expression during the show that for me summed up her performance. A- maze-ing… three words.

And it wasn’t just her pipey, sultry voice, but also the stylings of her band including solos by Michael Kanan on piano, Neal Miner on bass, and Rick Montalbano on drums. A couple of years ago, Wayne got me one of Jane’s albums for Christmas, I had not heard of her at the time, but have liked her ever since.

The whole experience made for a great night. A real jazz club in a real city was wow. The sound in Jazz Alley is awesome and makes up for the not perfect food. My salad was lame and Wayne swears his mashed potatoes were instant or at least tasted like it, but the staff was great and our server was a good guy. And the food did not take away from the great music and atmosphere of the club. Where else can you sit so close, enjoying your wine and listening to someone so talented sing and talk to the audience.

Below is a clip from a few years back that features Jane and another of my favorites, Michael Buble. Enjoy.